Cam Connor makes his annual Stanley Cup predictions. He did pretty well last year with Las Vegas Golden Knights, how will this year’s prediction turn out?

Topics include:
-Cam talks about the Edmonton Oilers drama between Bob Nicholson and Tobi Rieder. Who’s side is he on?
-Is hockey becoming a rich person’s sport? Will only the rich families be able to afford to put their kids in hockey?
-Thoughts on playing against Harry Howell in the WHA
-Cam answers a question about how he broke his hand and if he has memories of living in Phoenix? He does and it involves a whole bunch of scams including being hit by a drunk driver and offering him his car! 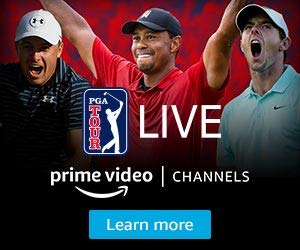 -Should the NHL borrow from the WHA and have back-to-back games in the same city (to save on costs and the environmental impact of travel) (from a Globe and Mail article, link below)
-Cam is asked how he dealt with cliques in hockey and how that relates to a team’s success
-Did Cam ever fight his own teammate?
-How do you deal with a rival that gets traded onto your team and is now your teammate?
-Cam rants that the Edmonton Oilers fans deserve better.

‪A friend in Australia is self isolating and came across this scary mug on Amazon Prime. Back when I played Wipeout. ‬
‪Always an honour to run into the great Paul Coffey. Classy man through and through.‬
Episode 41 of the View From the Penalty Box is up. I was particularly touched by the Zamboni driver, David Ayres, playing in an NHL game so I discuss this moment and if anything like that ever happened when I played. Other topics include: -A Winnipeg Jets player (WHA) who was walking to the arena, gets robbed, stripped down to his underwear and has to try to convince security that he's actually a hockey player. -A listener asks if Cam has any stories about Mark Wells and the 1980s Olympic gold medal team. -Cam talks about how the team winning gold was bad for his career and explains why. Talks about Mark Pavlich and the Smurfs line. -Cam talks about Edmonton Oilers player Tyler Benson and what the Oilers coach did for Tyler that made Cam proud. -Another listener asks who besides Cam is the only other player to play with both Wayne Gretzky and Gordie Howe. -Did they really throw a moose leg on the ice when the Flin Flon Bombers won a game? -A family member of Larry Hale writes in to talk about the legacy of Larry Hale. Available wherever you listen to podcasts. #hockeypodcast #viewfromthepenaltybox #davidayres #tylerbenson #edmontonoilers #newyorkrangers #wha #nhl
‪Thanks for having me tonight @edmontonoilers it was an honor to present an Oilers jersey to a military hero.‬
Was inspired to record a quick podcast on the latest Battle of Alberta and why I think Gary Bettman is taking the toughness out of hockey. Link in bio. #nhl #hockeypodcast #viewfromthepenaltybox #battleofalberta
Episode 39 of the View From the Penalty Box podcast is up! Listen anywhere podcasts can be found. Topics include: -Cam talks about losing both parents in three months and shares a couple hockey stories about his mom -One story includes a street fight Cam had where his mom tried to help being armed with a wooden spoon -Mid-point check in to the hockey season - how's Cam's Cup pick, Tampa Bay Lightning doing? -Cam's thoughts on the Kassian/Tkachuk 'fight' and why is he so disappointed in George Parros? -What bugs Cam about his videos on Youtube, including the recent one with Tom Rowe -A listener asks if there is cheating in hockey, similar to cheating in baseball with the Houston Astros -Cam remembers teammate JC Migneault and how JC had one of the worst injuries Cam has seen in hockey -We end the episode with Cam sharing his story about a health incident that he didn't want to share until his parents passed #camconnor #hockeypodcast #viewfromthepenaltybox